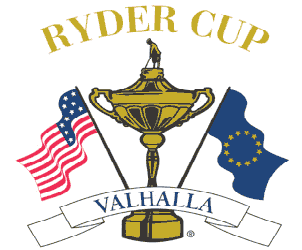 It is a rather curious fact that, whereas the European Union, seems to inspire anything but loyalty from its inhabitants (particularly the British), the Ryder Cup manages to inspire the sort of European jingoism that even the ultra-nationalistic USA will struggle to match.

For a sport often (understandably) labelled elitist, what is it that gives it the pull to bring about what the EU has failed to do? The answer is simply that it is Europe vs. the United States and, whether it is through envy of America's position as the only superpower, anger over its foreign policy and environmental record or a feeling of ethical or cultural superiority (or just plain xenophobia), we do love to beat the USA, even if it means admitting that we're European.

It has helped that Europe has won the last three Ryder Cup tournaments, and that they have held it since 1999; with the Olympics aside, Britain has had very little sporting success and, in order to claim some, have quickly signed up as Europeans, if only for the length of the tournament.

Is this hypocrisy healthy? Indeed, is it even healthy to have this level of jingoism directed towards a nation that shares many of its values and culture with our own, arguably more than we do with many of the countries represented in the European Ryder Cup team.

However hypocritical it may be to embrace Europe for a golf tournament, it does at least demonstrate the fact that European countries have to stand together in order to compete in this era of globalisation.

Equally, the world has changed away from the secular, liberal systems that created the European Union in the first place. China has demonstrated the success of patriotic capitalism, combining the sort of unquestioning loyalty and work ethic of fundamentalism with the economic success of capitalism.

The US has shifted towards a combination of nationalism and religion in an attempt to give its people the sort of motivation to succeed. With its history of being the definitive capitalistic state and its political system as a republic ensuring that there is a leader to look to, even to worship, it too can manage to mix capitalism with fundamentalism.

Other Asian countries such as Japan and South Korea are just as nationalistic. Indeed, as much as the West has been proclaiming the merits of democracy and urging other, less democratic, countries to join the club, the real change has been towards this new form of jingoistic capitalism.

For the European Union to be able to compete with the USA and China it would need to adopt the same level of nationalism. Due to its nature and the fact that, in countries like the UK, nationalism prevents its people from even accepting the EU and its currency, it seems difficult to believe that this could ever be possible. However, what the Ryder Cup has shown that, when a common goal is at hand Europeans, including the British can unite. Whether they can manage to do this all the time may be irrelevant, provided that in key issues like the single currency and the constitution, Europeans can manage to agree for a change.

Europe will never be a nationalistic state at the same level of China and the USA. There is too much history, too many disparate cultures for that. However, we should embrace this part of ourselves even more than the Americans and the Chinese have embraced fundamentalist capitalism. It was through the United Nations and the European Union that the countries managed to unite against fundamentalism, and to move away from the nationalism that caused two world wars.

We are heading into a new era and no-one can believe that Europe can once again be dominant. Europe had its time and now must let others define the world's direction. However, it can still compete if it believes in itself and it can demonstrate an example of openness and compassion that this new era, with the threats that nationalism can bring, could well do with. 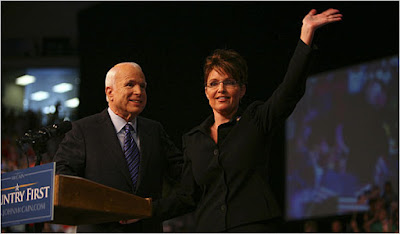 It probably seemed like a great idea. Sarah Palin is young and fresh, in contrast to the septuagenarian, increasingly wrinkly McCain. She is also an ultra right wing evangelical, which could nullify McCain's the fears felt by the far right elements of the Republican party about McCain's own, often more liberal views. However, possibly most important of all, she is a woman and McCain probably felt he could secure the votes of women who otherwise would have voted for Hillary Clinton and are angry that she failed to secure the nomination, with their anger often directed towards Barack Obama. In one swift move McCain could add youth and vitality by choosing a former beauty queen as his running mate; he could appease the religious right and cement his position as the head of the modern, ultra conservative Republican party; and he could gain the votes of women whose main interest in voting was in order to vote for a woman. But it looks like it's all going to go wrong.

Barack Obama is a relatively inexperienced politician. This is something that senior Republicans such as Karl Rove have been referring to for sometime, and it is clear that they see it as Obama's weakest point. However, Obama's inexperience pales in significance to Palin's. Indeed, whereas many have criticised Obama's lack of experience with foreign affairs, Palin has none and only got a passport last year. She went to Kuwait and Germany to visit US troops and did not engage in any relations with either the German or the Kuwaiti governments. In fact, despite being the governor of Alaska Palin has never been to Russia and has never engaged in any discussions with Russian politicians.

As someone so devout in her evangelical views, who is pro-life and so nationalistic Palin could be seen as the ideal person to placate the religious right, many of whom had refused to back McCain. However, the more moderate wing of the Republican party (many of whom support McCain) including social conservatives and economic conservatives, have become disillusioned with the move towards the religious ultra right. As such they are unlikely to back the appointment of Palin. Equally, with the revelation that Palin's teenage daughter is pregnant, McCain's running mate does not appear to be the perfect mother those on the religious right can look up to.

Finally, McCain has underestimated the women who were so keen to see Hillary Clinton as President. It is true that women voters were far more likely to be Clinton supporters, and it is true that many were bitterly disappointed and angry when Obama was selected after such a vicious campaign by both candidates. However, the majority of women in the US are Democrats or lean towards the Democrats and this is not going to suddenly change because McCain chooses a woman as his running mate. Also, as Palin's ultra right views, particularly those on abortion become widely known it is likely that women who would ordinarily vote Democrat but are angry at the Democrats' nomination of Obama, will once again vote on policies rather than gender.

Selecting Palin as his running mate was a surprising, possibly courageous decision but it is destined to fail. And this could also lead to his failure to get into the White House.