The Day the American Empire Ran Out of Medals 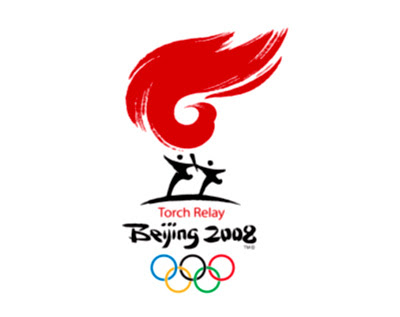 On January 11th, 1986 one of Gore Vidal's most often quoted and debated essays was published in the The Nation. The Day the American Empire Ran Out of Gas (published in its entirety on Bill Totten's blog) described how on September 16th, 1985 the USA became a 'debtor nation', and thus lost its empire. Vidal did not argue that the empire had crumbled, or even that its demise would be immediate; instead one of America's greatest, and most controversial, essayists merely stated that this change in the USA's status was the point at which its demise had started.

The USA has in fact demonstrated a great ability to sustain its position as the dominant world power. However much is made of the Beijing Olympics and the awe-inspiring show the Chinese put on, the US is still the dominant power, both economically and militarily. Indeed, the 'wars' in Iraq and Afghanistan have shown is that the USA is more than capable of obliterating conventional armies, even those it has helped to arm itself and that it can still extend its empire (with Dick Cheney in the role of James K. Polk, creating an excuse for war in order to acquire Iraq).

However, despite America's continued dominance ,Vidal's essay carries even more weight than it did over twenty years ago. Indeed the economic situation in 1985 pales in contrast to the trade deficit that has been created during George W. Bush's presidency, causing record amounts of public debt. The USA now owes a record $59.1 trillion in liabilities, and is placed 26th on the CIA's table of the world's biggest debtors as a percentage of GDP, sandwiched between Nicaragua and Cyprus. Despite the fact that the world's 2nd richest country, and one mentioned directly by Vidal as a key competitor of the United States fares even worse (Japan is second, only a few percentage points behind Zimbabwe), the US economy is in a much worse situation than it was in 1985 (when it was a mere $2 trillion) and this has really started to affect the US and the world in the past couple of years.

For years the US economy has run effectively based on borrowing money. The banks borrow money and lend it to their customers and the government has borrowed vast amounts of money (partly to pay for the ludicrous amount it spends on its military - something Vidal also highlighted in The Day the American Empire Ran Out of Gas). The key difference now is that America has a huge trade deficit and it has borrowed so much more money. The present administration is hugely responsible as it pushed through tax cuts the country could not afford (something that has been described by one columnist as 'certifiably insane'). The USA is now in recession (http://news.bbc.co.uk/1/hi/business/7176255.stm) and, whereas its inhabitants have faced economic adversity before and have prevailed, it is difficult to see how it can find a way to stimulate its economy as its government does not have the money or the means to make funds, other than through increases in taxation - something the American electorate is unlikely to accept.

As mentioned, Vidal points to Japan as a key competitor and as one of the countries that will replace the United States. Vidal suggests that it would take more than one county, though:

Now the long-feared Asiatic colossus takes its turn as the world leader, and we - the white race - have become the yellow man's burden. Let us hope that he will treat us more kindly than we treated him. In any case, if the foreseeable future is not nuclear, it will be Asiatic, some combination of Japan's advanced technology with China's resourceful landmass.

This is one point I would disagree with; the relations between China and Japan have always been strained, particularly since the Second World War and things have become much worse as a result of the Japanese government's refusal to accept responsibility and its issuing of text books to high school children that glorify Japan's role in the war, without mentioning any of the atrocities it committed against Chinese and Korean civilians. I have seen at first hand the Japanese embassy in Shanghai besieged by angry Chinese people and the two governments are unlikely to join forces any time soon (if ever).

However, Vidal is correct that a part of East Asia will usurp the US as the world's dominant power, but it will be China's landmass and its advanced technology that will provide it alone with the tools to become the world's greatest superpower. Indeed, the Beijing Olympics have long been seen as China's declaration to the world - a declaration that it is ready and able to take up the baton of world leadership from the US. The success of the Chinese athletes, its stupendous venues and the ability of its people and officials to put on such a wonderful show have all demonstrated China's strength and its determination.

America did not, despite my rather facetious title, run out of medals (it was still ranked second) and it will still remain as the world's strongest power for some time. China is still a developing country and its countryside is more third world than first world. Equally, America's military superiority is truly awe-inspiring. However, the USA did come second in the medal table (below China) and it set won more bronze and silver medals than any other country whereas China took home far more golds than any other country. China has already over-taken the USA in the Olympic standings and now its overjoyed, nationalistic people are setting their sights on being the world's greatest economic power. Would you bet against them?

Vidal suggested that the USA, by linking up with Russia and its huge wealth of natural resources and its landmass, the USA could find away to retain its superiority. What Vidal could not have known in 1986 was that the West would treat Russia even worse than it has treated the 'Asiatic Colossus'. Indeed, the humiliation faced by the Russian people (reminiscent of the idiocy of the excesses of Treaty of Versaille) helped to lead to its collapse, and its subsequent move away from democracy and into the arms of Vladimir Putin. Equally, America's hypocritical condemnation of Russia's attack on Georgia has not helped relations between the two countries. Vidal was quite right - Russia does have the landmass and the natural resources required by the US - but it chooses to use its resources to further its own position in the world at the expense of the West rather than to benefit it.

China is both very old and very new. The old China was at one point the most innovative country (both in the science and in the arts) in the world. The new China has the capacity to be just as great and we should all hope it is as just as beneficent. I for one cannot help feeling that, after such a wonderful display in the Olympics, that there is great hope for the future.

1 comments: to “ The Day the American Empire Ran Out of Medals ”